Author’s note: The following excerpt is from Chapter Six, “Silent Panic: the Impact of HIV/AIDS on Children of Gay Parents” in my book, Families Like Mine. I share it today in observance of World AIDS Day. [Read excerpts one and two.]

Continuing to Advocate and Educate 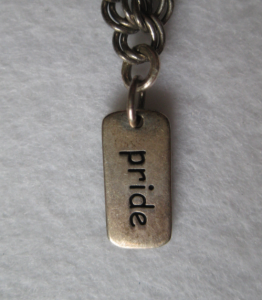 Sons and daughters often get involved in AIDS-related activities — bike-ride fundraisers, meal delivery to people with AIDS, AIDS education workshops — as a way to do something in a situation over which they have no control. Children’s awareness and dedication to stopping AIDS also occurs on more personal levels. Jenny says that in addition to leading workshops, she shares the information she gained from her family’s experience less formally. She continues to be concerned about people whose sense of invincibility is what makes them all the more vulnerable to transmission.

“There’s a lot of ignorance around HIV and AIDS, especially among straight people,” Jenny says, “One of my girl friends contracted HIV at twenty-nine, so I sent out an email to all my friends, saying, ‘Look, I didn’t get this information in school. You probably didn’t either. And I want to make sure you have the facts.’”

Melanie, who is now a teacher, recently spoke up to enlighten some of her co-workers in the teachers’ lounge who were saying they did not think school was an appropriate place for discussing gay issues. Melanie told them her father was gay and after her colleagues apologized, she added that he had died of AIDS.

“This sent a chill through the air,” Melanie remembers. “Every single one of them seemed to be uncomfortable with it. One of them finally said that she had never met anyone who even knew someone who had died of AIDS, let alone a close family member. They were all curious about how that felt and how I found out.”

By explaining to her fellow teachers how she felt, she showed them how disallowing gay issues to be discussed in schools hurts students. “The one comment that stood out was what one of them said as she left, ‘Wow…that must have been really hard and really isolating.’” No longer can Melanie’s co-workers assume these issues do not affect the people around them.

After her father’s death, Alysia faced the difficult transition of returning to her life in New York. Her experience of taking care of her father as he died was one of the first topics she would bring up when she met someone new. “I couldn’t really get around it,” she says. “I remember wishing that I could have included taking care of my dad on my resume when I was job hunting because it was the most significant experience I had had in my life.” Ten years after her father’s death, she says, “I have so many other ways to define myself now.”

Alysia observes the anniversary of her father’s death with public readings of his writings and letters they sent to each other. She also started a website in her father’s memory, www.steveabbott.org, to “remember my father in a very public way.” While she created the site in order to put a face on AIDS, so that her father would not fade into the statistics, the on-line memorial also serves as a document of how a family – not just an individual – was affected by AIDS. *

A few years back I hosted a gathering of teen and adult kids of gay and lesbian parents in my home. I knew that at least two of the ten people there had HIV-positive fathers, and another one’s dad had died. Yet when we went around the circle introducing ourselves, none of them mentioned HIV. Afterwards, I spoke to each one privately, and found out that all three had deliberately censored themselves. Each said they didn’t want to be “the one” to reinforce the stereotype that a dad who is gay is likely to have AIDS. They didn’t want to be “the one” at the meeting to deflate the group’s enthusiasm. All three were surprised to find out that they weren’t the only one, as they were so used to assuming. If one has spoken up, the two others (and perhaps more I wasn’t aware of) would have known that there was someone they could talk to who shared this experience. Children of gay parents need reassurance that the impact of AIDS on families does not have to be a secret.

The threat of AIDS continues. Ignoring its impact on families will not make it go away, but talking about it can alleviate some of the anxiety and isolation.   Many children – even those with parents who are HIV-negative – internalize the grief, fear, and shame that still surround the epidemic. When those feelings are suppressed, they impede communication in families.   Some parents resist the idea of talking about AIDS, safer sex, or their status because they believe that their sexual decisions should not be their children’s concern. Granted, it is not necessary for parents to share the details of their sex life, but the private, sexual choices parents make affect their children nonetheless.

Gay parents raising children today must understand the critical connection between safer sex and parenthood. Unprotected sex is not just physically risky; it also puts children at risk of losing a parent. Children of HIV-negative parents want to know that their parents are protecting themselves to minimize their risk. Children with HIV-positive parents need to decide for themselves how much their parents should inform them about the disease’s progression. In either case, children deserve to know the truth about the HIV-status of their parents.

Excerpted from Families Like Mine: Children of Gay Parents Tell It Like It Is by Abigail Garner. (HarperCollins, 2004)

* A Resource for Readers: There is a  new project for people who have lost parents to AIDS. The Recollectors was founded by Alysia Abbott and Whitney Joiner.